What Rolling Over in Your Sleep Can Say about Your Health 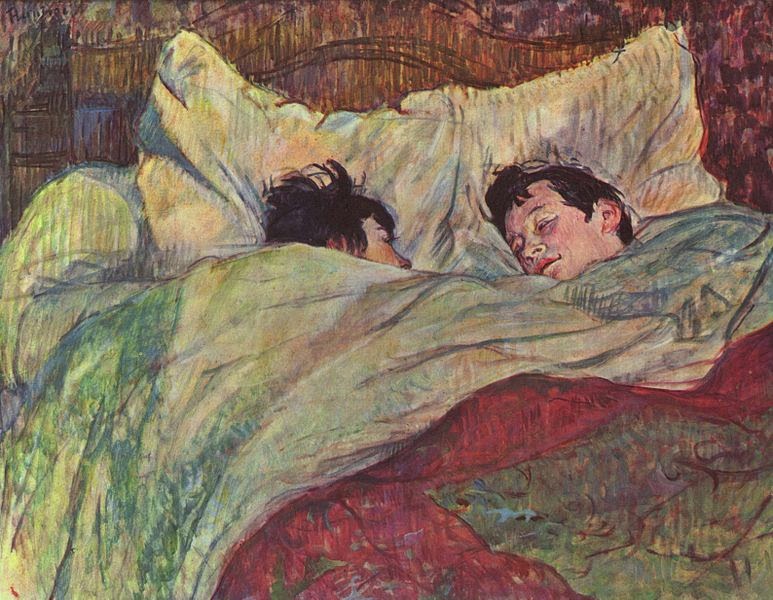 Whether awake or asleep, people can only lie still for so long. Staying in one position for too long can lead to bed sores as well as circulation and breathing problems. Sleeping without moving enough can also be an indication that something is medically out of order.

Various researchers have monitored turnover dynamics of sleeping people over the years, mostly by counting the number times and how far someone turns in a given period. But these two numbers are often not enough to distinguish between the sleep patterns of healthy and sick people.

A new study by a group of physicists in Japan may have found a way to glean crucial health information from the motions of sleeping people by performing a slightly more detailed analysis of their motions.


The researchers proposed that healthy people rollover in two distinct ways, which they call modes - a quick mode that consists of rolling every ten seconds or lessÂ  (not necessarily rolling over entirely, but shifting a bit, with at least a slight rotation), and a slow mode that happens every hundred seconds or more.

Exhibiting too much of one mode and not enough of the other may not change the total rollover count in a meaningful way, it can still be associated with disorders like Parkinson disease. But simply counting rollovers makes it difficult to identify the modes and to see how they compare.

To explain the challenge in this sort of study, consider measuring the heights of a random collection of US adults. If you didn't distinguish between men and women, you'd end up with a number around 5 feet 7.25 inches. But the average height for US men is actually 5 feet 9.5 inches, while women in the US average 5 feet 4 inches. The overall average of 5 feet 7.25 inches average is kind of meaningless on it's own. It doesn't really tell you much about the population, because the population actually consists of two distinct groups. This is called a bimodal distribution.

According to the new sleep study, sleep rollovers also follow a bimodal distribution. Take a look some images from the paper that show how rollover data looks for various test subjects. 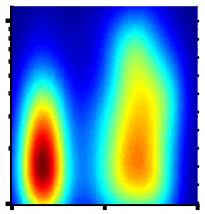 This graph shows the rollover pattern of a healthy person. The axes of the graphs aren't very important, but the distinct blobs are.The left blob indicates a person's quick rollover mode and the right shows their slow rollover mode.

Now, take a look at graphs for people suffering from Parkinson's disease of various degrees. The mildest case is to the left and the severity increases as you move to the right

While their quick mode rollover doesn't appear to change much, the slow mode does. It would be hard to see the difference if all you did was count rollovers without statistically breaking the two rollover modes apart.

The initial study was small, so it's too early to determine how useful rollover data will be for routine medical applications. But collecting the data is unobtrusive, relying on small gyroscopes or accelerometers that track a sleeping person's motion and position in bed. Ultimately, the method could provide an alternative to comparatively expensive and complex instruments like electroencephalograms for detection and monitoring of neurological diseases.

I wrote that about the balance beam a long time ago. Has no one seen it?

I could sleep on a gymnists balance beam! Yet I have a queen size bed to myself!

I never roll over completely in the night unless I wake up, so I sleep for the first 4 hours or so on one side. After that I'm very stiff and turn over perhaps 3 more times till I have to get up (after 8 hours or less-I can't stay in bed longer than this). When I get up I can barely walk and have to move very carefully for the first couple of hours (otherwise my psoas muscle can go into spasm) till I'm loosened up enough to have a hot shower, after which I can dress. We have a good mattress with latex in, but I'm wondering whether the mattress is too comfy, as I've just been away for 3 nights and noticed that I was much less stiff a thin cheap mattress and also on a hard mattress. I do wonder why I am unable to roll over without waking though. After finding this article I am a bit concerned because my Father had Parkinsons (I'm only 54 but have had this condition for many years).

every ten seconds or so?!