If music is audible mathematics, then it makes sense that people who studied a lot of math would connect through music. That's what happened at the ATLAS experiment in Switzerland where physicists, technicians, and engineers spent their free time in jam sessions when away from the world's largest particle collider (the LHC).

["The ATLAS Boogie" by the Canettes Blues Band music video]
Rock, blues, classical, heavy metal and folk: These are just a handful of the musical genres represented on the two "Resonance: Music from the ATLAS Experiment" CDs.

The CDs were recorded by employees working on the ATLAS project on the Large Hadron Collider (LHC) at CERN, the European Organization for Nuclear Research, in Geneva, Switzerland.

[Behind the scenes video on the making of 'Resonance"]
Musical numbers include both original songs and covers recorded by 19 different artists and groups including Squirrelheads in Gravy, The Collider Trio, and even piano soloist Fabiola Gianotti, the head of ATLAS.

The CDs are a collection of recordings arranged alphabetically by artist, so the songs jump from heavy metal to classical to rock and back to classical. In other words, it's not the kind of CD you would normally pop into your stereo and just listen to. 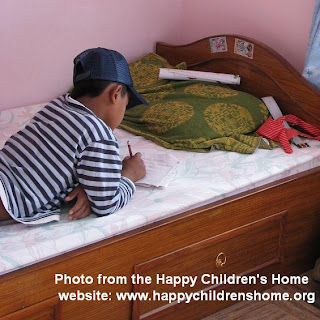 Still, the music is great and the eclectic gumbo of songs makes for a sensuous sampling of the cultural mash-up that is the ATLAS group.

What's more, proceeds from the CD go to charity, specifically to the Happy Children's Home in Nepal. The recently-constructed orphanage is already home to four children and is getting ready to welcome four more, according to their website.

The ATLAS experiment (the project at the LHC, not the one in the recording studio) is a particle detector looking for signs of new physics that could help us understand better how our Universe was formed.

ATLAS records collisions between particles smashed together in the LHC. It could one day detect the legendary Higgs boson - the hypothetical elementary particle that the standard model of particle physics says must exist. In the standard model, the Higgs boson is the particle that gives all other elementary particles mass. Finding it would revolutionize physics. So far the Higgs has eluded scientists. (According to a recent NYTimes story, it might have just been found, though the consensus says otherwise).

To buy the CDs and accompanying DVD, go to the Resonance website. There, you can preview each of the 36 songs, including the hilarious and sadly true "Points of Order" on CD1, and order the CD-DVD set. The CD set (but not the DVD) can also be downloaded online from iTunes, amazon.co.uk and a few other websites.
Posted by Unknown