Last week, over 9,000 physicists, students, and journalists converged in Baltimore, Maryland for the American Physical Society's largest annual meeting. With over 750 sessions and several talks per session, there was no shortage of big ideas this year.

While many of the talks were technical and specialized, several research talks spawned media reports from outlets including Science Now, Science News, and NPR. Here's just a small sample of the fascinating research that emerged from last week's meeting. 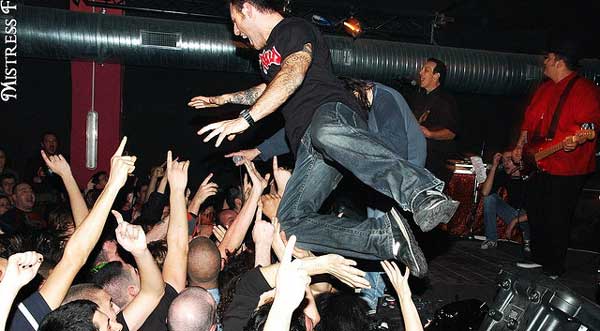 Cornell graduate students Jesse Silverberg and Matthew Bierbaum merged their love of metal with physics research for their research presentation at the meeting. After viewing footage of mosh pits at concerts, the students noticed similarities between the interactions of moshers and the behavior of gaseous particles colliding into one another.

With inspiration in hand, the students created a computer simulation to mimic moshing behavior analytically. You can even play with the simulation yourself on Bierbaum's github page. While NPR reported on this story earlier this week, stay tuned to Physics Central for an in-depth podcast on these students' story later this week.

While alcohol can be perfectly healthy in moderation, certain alcoholic drinks throughout the world are often contaminated with deadly amounts of methanol. That's why researchers presenting at the meeting created a cheap, reusable, wireless chip that tracks the proportion between methanol and ethanol in a drink, as Lizzie Wade at Science Now reports.

Science Now also reported on a new art restoration technique that makes use of atom-thick layers similar to graphene. These aluminum-oxide layers provide up to 80 years of protection for silver artifacts, according to Science Now.

Finally, Science News reports on an amazing map created from geo-tagged Twitter data. Northeastern University's Delia Mocanu and her colleagues tracked non-English tweets from throughout New York City. Their research revealed several ethnic enclaves in New York City, such as the predominately Russian Brighton Beach neighborhood. One language aside from English reigned supreme throughout the city, however: Spanish. 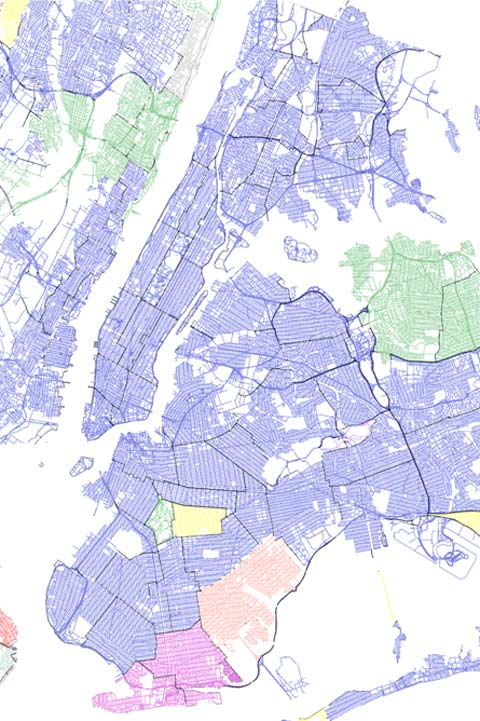 You can also see a full list of the meeting's abstracts online.
Posted by Unknown