The Awesomest Physics Cake Ever

I defy anyone to come up with a better physics-themed cake than this. 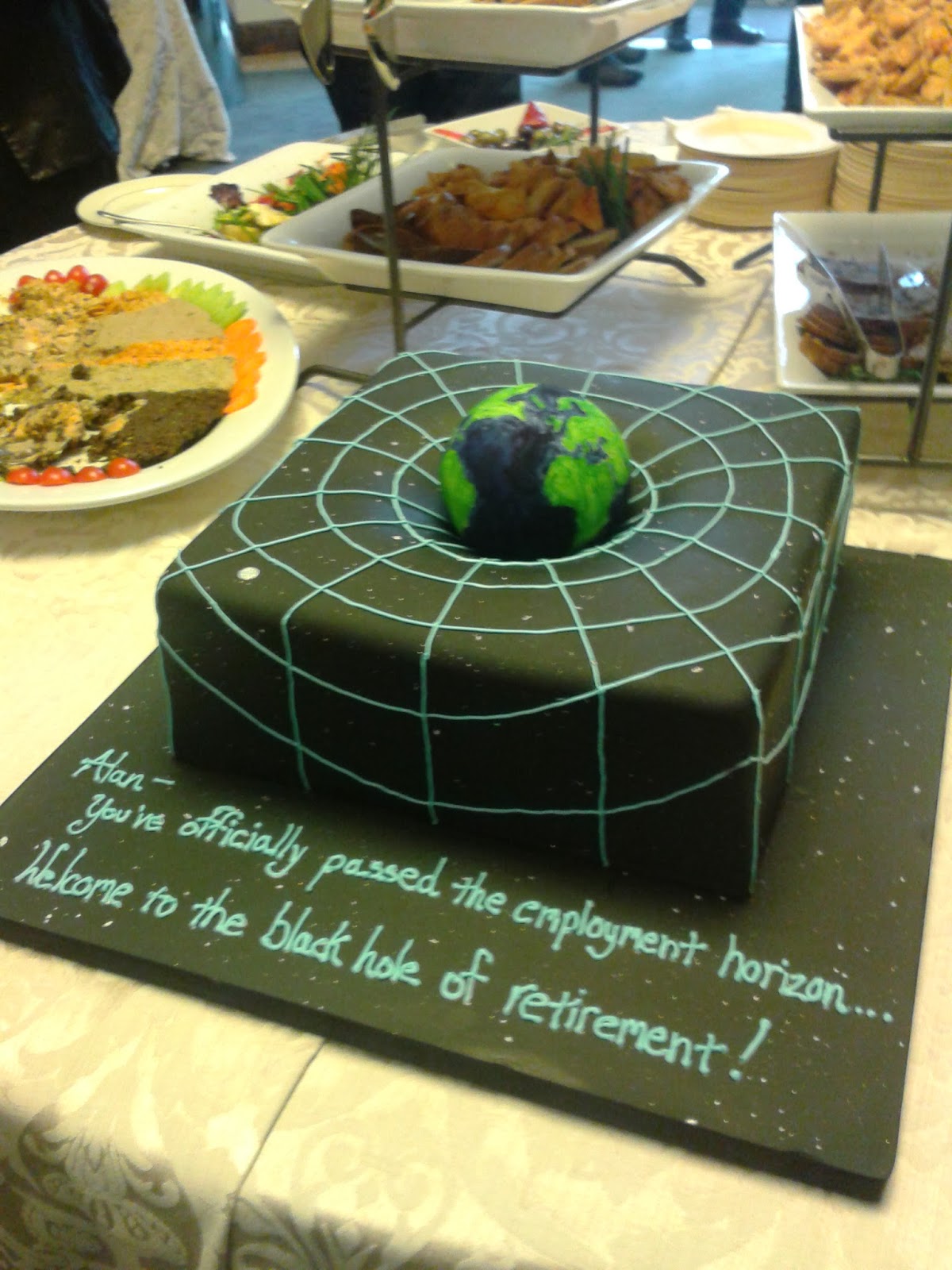 PhysicsBuzz bloggers Quantum, Mathelete, and I (Buzz) came up with the idea as a way to commemorate the retirement of our boss, mentor, and friend Alan Chodos after 14 years at the American Physical Society.


This is a baked illustration of the General Relativity interpretation of gravity. Mass, as illustrated by the confectionery Earth at the middle, doesn't attract other matter through some quasi mystical force-at-a-distance (which is what Newton proposed). Instead, it warps space itself, which creates a potential well that can trap things like the moon (see the little silver dot at the left front corner of the cake? that's the moon).

The moon also warps space, but because it's so much smaller than the Earth, you may not be able to see the warping due to the moon in this shot.

We can't take credit for the actual construction of the cake, because it exceeded even Mathelete's extraordinary cooking kung fu. We had to turn to a professional bakery for that.

Being curious folk, we had to find out what the Earth at the center of the gravitational well was made of. Lacking an itsy bitsy ground penetrating radar or colliding tectonic plates to generate seismic waves for us to analyze (which is how they image in the inside of the Earth we stand on), Mathelete and Quantum took the obvious approach.


Here's a still shot, for those of you too impatient for video. 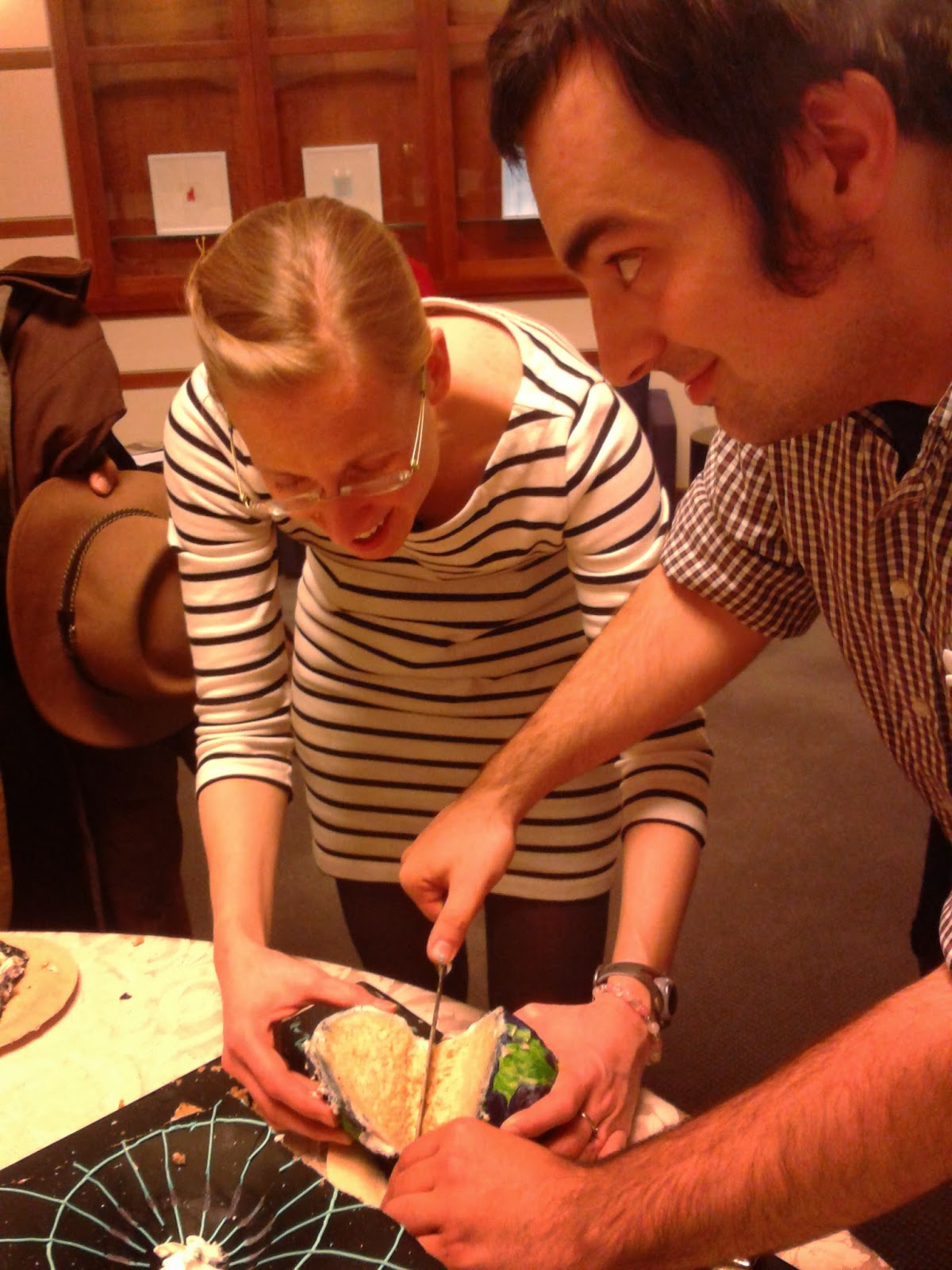 As you can see, the Earth contains a roughly uniform distribution of Rice Crispies embedded in a non-Newtonian marshmallow fluid. 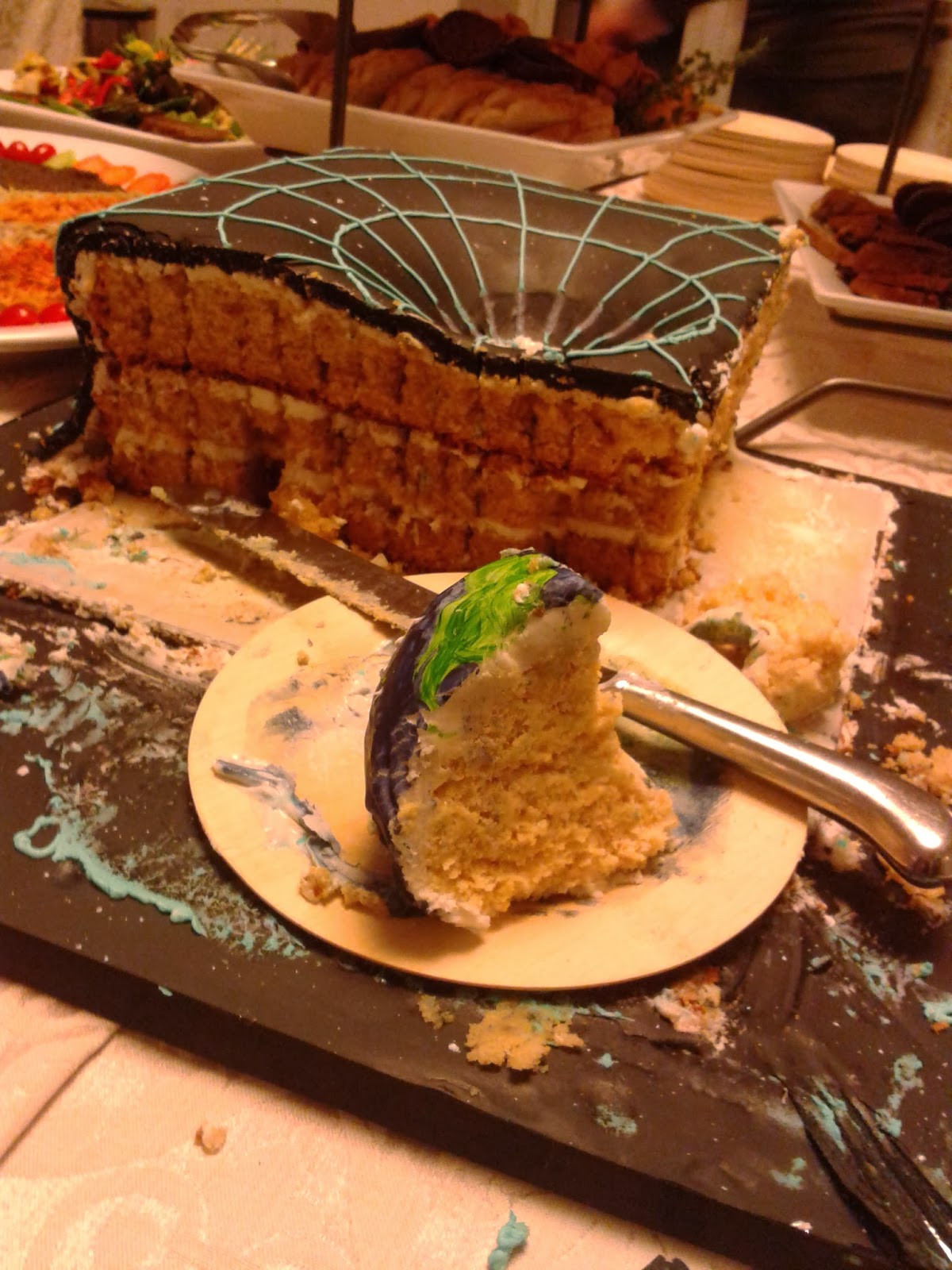 Thanks for fourteen great years, Alan. We're gonna miss you. 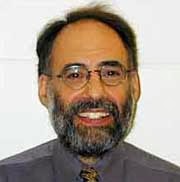 This is very good & cool! I wish I had a cake like this for my birthday,I would be very happy if Birthday Wishes and cake for me!!!

This is so cool! I wish I had a cake like this for my birthday, It wouldn't really make as much sense as this occasion but neverthless I would be very happy.

I came across another cool physics cake, not as much as this cake but still a pretty close one.
Peter Higgs's 80th birthday cake
http://www.ph.ed.ac.uk/sites/default/files/images/higgs/PHiggs801.jpg

Amazing ! Also amazing that no one got there fingers cut... ;)