Deep sea to get louder with climate change 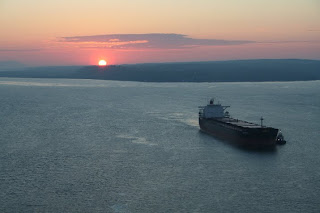 As carbon dioxide continues to build up in Earth's atmosphere, it will also accumulate in her oceans. This rise in CO2 has already made the upper ocean more acidic and the same is expected to happen even in the lower depths in the coming century.

Physicists from the Woods Hole Oceanographic Institution now say that these changes will make some far flung reaches of the ocean more noisy. In a paper published last week in the Journal of the Acoustical Society of America, the team modeled ambient shipping noise for the deep ocean, incorporating forecasts for ocean pH levels and shipping noise in the coming century.

Any first year physics student knows the thickness of a fluid is important in considering how well sound waves propagate, but also of crucial importance in sea water is the concentration of boric acid and other chemicals. Boron ions help filter out low frequency waves, but as the ocean gets increasingly acidic, the amount of boron ions will decrease and these low frequency sound waves will penetrate into deeper waters.

Previous research showed this increase in acidity may allow low-frequency sound to travel 70-percent farther, but the Woods Hole researchers found that the impacts will also be seen at frequencies more commonly produced by ships, with an increase of a couple decibels in the frequency range of 100Hz to 1000Hz. A few decibels isn't much, but deep in the ocean and far away from such noise sources, that can be a large difference. 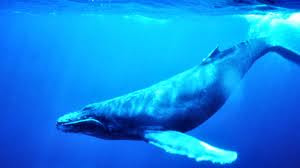 It's not known what this will do to sea life, but marine mammals have been shown to be highly sensitive to the sounds humans have already introduced via shipping and Naval activity. Whales have been known to beach themselves in the presence of intense noise and the normally vocal species often stop communicating with each other in the presence of boats, however, there are many other sea creatures whose hearing hasn't been closely examined.

It's worth noting here that the research was sponsored by the U.S. Office of Naval Research.
Posted by Unknown