Logicians, graphic artists and even cartoonists have found many uses for Venn diagrams -- the mathematical figures first introduced in the late 19th century. Standard Venn diagrams have two or three overlapping circles that visually explain the relationships between or among several objects, such as nerds and geeks.

But this is just the tip of the Venn iceberg. More generally, Venn diagrams can include a variety of intersecting curves that form exotic shapes. Now, a team of mathematicians has found the first simple, symmetric 11-Venn diagram. Although the image is technically "simple," the set of 11 curves forms a beautiful visual treat.

Below you can see a teaser 7-Venn diagram that was discovered awhile ago. To see why the newest 11-Venn diagram hasn't been found until now, read on for a blown up image of this mathematical treasure. 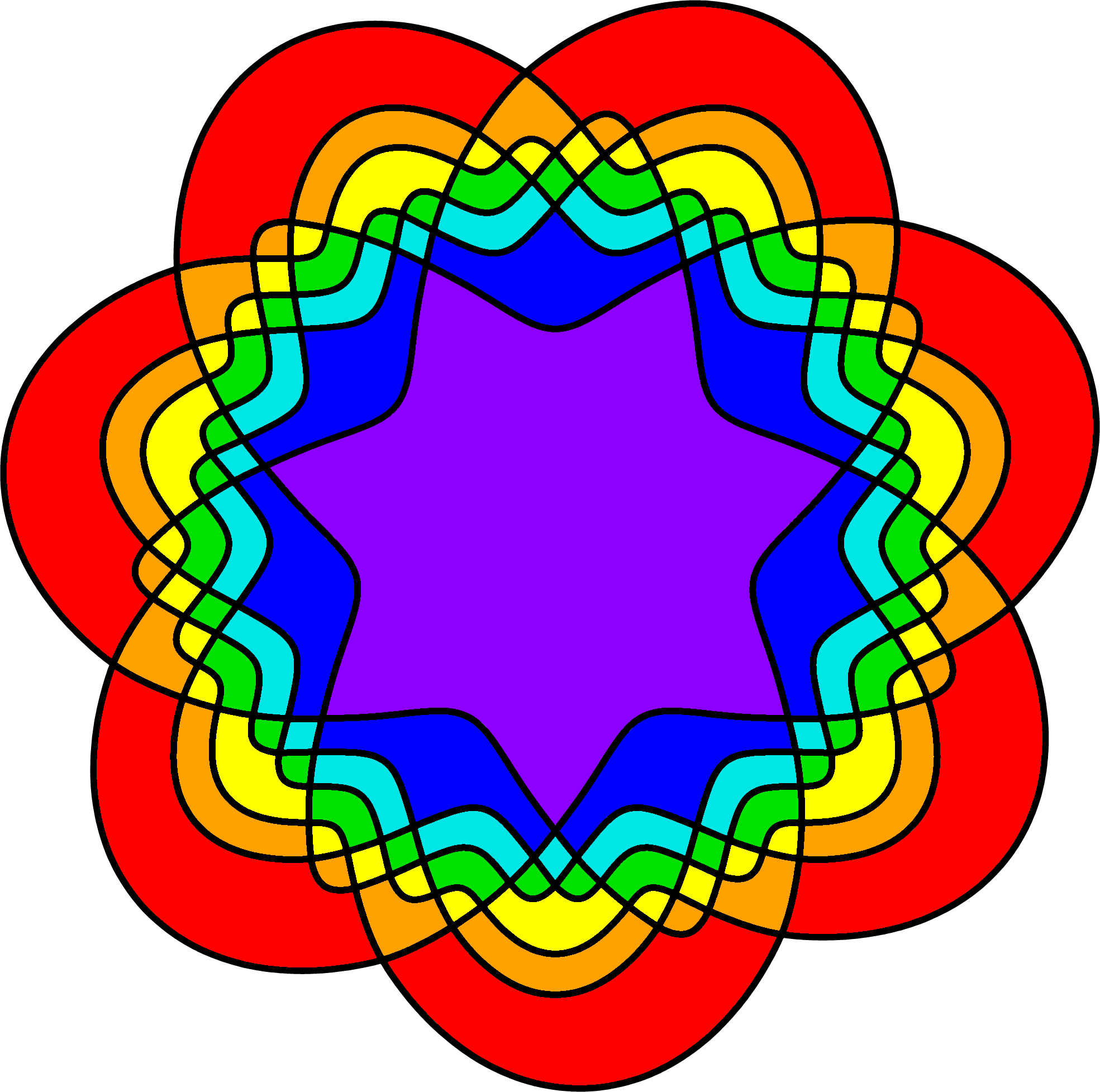 This older symmetric 7-Venn diagram, while intricate, pales in comparison to the new diagram. According to the authors of a new Arxiv paper, the new type of Venn diagram has not been discovered until now. Image courtesy Frank Ruskey and Khalegh Mamakani.

Although 11-Venn diagrams have been created before, mathematicians Frank Ruskey and Khalegh Mamakani from the University of Victoria decided to narrow down their search. The words "simple" and "symmetric" are actually technical definitions in mathematics. Here's what you need to know to understand the world's first simple, symmetric 11-Venn diagram:


To find their elusive mathematical object, Ruskey and Mamakani developed an algorithm to search for their object. Ultimately, they found thousands of simple, symmetric 11-Venn diagrams, but they uncovered the first one in March of this year. You can see it in all of its glory below.

The first simple, symmetric 11-Venn diagram. The existence of such an object has been an open question in mathematics for decades, according to Ruskey and Mamakani. One of the 11 curves is highlighted with a white line. Image courtesy Frank Ruskey and Khalegh Mamakani.
The team has named the new diagram "Newroz," meaning "the new sun" or "the new day" in Kurdish. For English speakers, it sounds like "new rose," and all of these names seem fitting.

You can read more about Venn diagrams on Ruskey's website, including a set of open problems in this area of mathematics. Maybe you can tackle the next open problem and track down the next elusive diagram.
Posted by Unknown

Hello,
its a nice article for venn diagram and its very helpful for my cousins.
thanks for sharing.
regards
Abacus